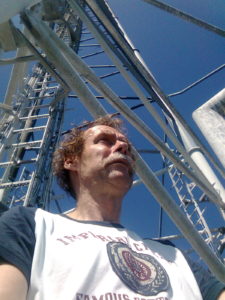 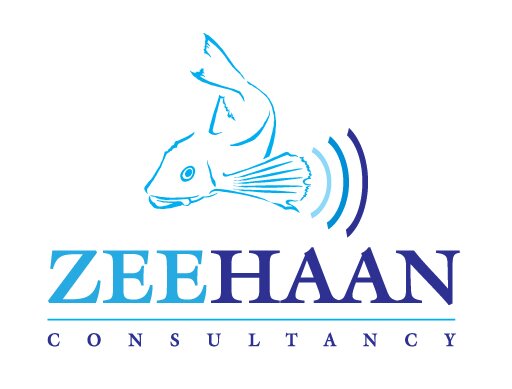 Zeehaan is the Dutch saltwater fish Tub gurnard of the
Triglidae family. It is a bottom dwelling solitary fish and common in most west European waters from Guinea up to mid Norway, the Baltic, Mediterranean and Black Sea. The large pectoral fins may act as wings and beautifully fluorescent colours at the edges. Three isolated rays on the pectoral fins function as legs on which the fish rests and also help in locating food on the soft bottom. Zeehaan fish produce a grunting type of sound developed by muscular contraction of the swimbladder.

Zeehaan Consultancy & Research refers to a solitary human, Dick de Haan, who became acquainted with the sea as scientist of the Wageningen University. The analogy of the human Zeehaan with the fish is the marine environment, fishing technology and gear innovation, sound and visual observation techniques.

After his retirement in April 2018, Dick de Haan continued services for Wageningen Marine Research. Medio January 2019 his contribution to the WMR research ended.

To contribute to future research campaign of the industry and research institutions he started his own company Zeehaan Consultancy & Research, selecting opportunities as careful as the Zeehaan fishlike Tub gurnard, the human Zeehaan may produce grunts as a welcome to potential collaboration in the exiting world of fishery science and innovation.